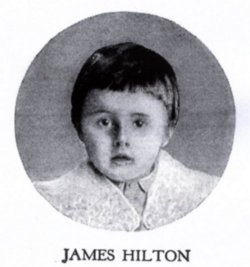 James Hilton was born on 9th September 1900 in Leigh, Lancashire.  The family moved to London where his father, John, was headmaster of Chapel End School in Walthamstow and James attended the Sir George Monoux School. James went on to study at The Leys School, Cambridge where he edited and contributed to the school magazine. Later, while a seventeen year old undergraduate at Christ's College, Cambridge, one of his articles was accepted by the Manchester Guardian.  Still an undergraduate, his first novel, Catherine Herself was published in 1920.

He left university in 1921 and secured a job with the Dublin newspaper The Irish Independent which gave him sufficient financial independence to produce several more novels during the twenties.  In 1931, he enjoyed some success with And Now Goodbye and was able to take up writing fiction full time.  Then, in 1933, he wrote Lost Horizon and his mythical paradise of Shangri-La became a household word.  The book was awarded the Hawthornden Prize in 1934.

One more event in 1933 would ensure that Hilton had finally arrived.  He was asked to write a 3,000 word short story for the magazine The British Weekly.  After a week without inspiration he went out cycling "in a blue funk" on a foggy winter morning in Epping Forest until "suddenly an idea bobbed up and (he) saw the whole story in a flash".  In four days he had "banged out" a story about an elderly, much-loved schoolmaster which he entitled Goodbye, Mr Chips.

It was an immediate success both in Britain and America and by early 1934 Hilton was a best-selling author.  There was an insatiable appetite to read his work and his earlier novels were all reissued.

In the following year, 1935, Hilton married his English wife, Alice Brown, and Hollywood called.  He left for the film capital where, at first, he found the glitter of "Tinseltown" to be congenial.  Many of his books became world-wide hit movies, most notably, Lost Horizon (1937), Goodbye, Mr Chips (1939) and Random Harvest (1942).

Hilton became established as a sought-after Hollywood scriptwriter and notably contributed to the Greer Garson wartime classic Mrs Miniver.  He was a popular figure in Hollywood and counted Frank Capra, Ronald Colman and Greer Garson amongst his friends. 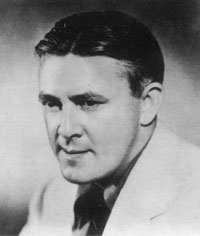 Sadly, his first marriage ended in divorce in 1937 and only seven days later he married Galina Kopineck, a young starlet.  This marriage proved volatile and Hilton again divorced eight years later.He continued to write best-selling novels before, during and after the Second World war including Random Harvest, So Well Remembered and Time and Time Again.On 20th December 1954 Hilton died in hospital in Long Beach, California of liver cancer.  By this time his first wife, Alice, had been reconciled with him and nursed him till the end.