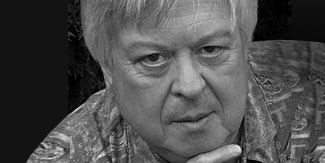 Gary Carpenter was a pupil at Monoux from 1962 - 1969. During his time at the school, he became well known for his music performances and composition as well as his invaluable contribution to the choir.

Gary went on to study composition under John Lambert at the Royal College of Music. He has lived in Holland and Germany and has written four operas, five musicals and a radio music drama - The One Alone - with Dame Iris Murdoch as well as animated and live action film scores, several ballets (mainly for Nederlands Dans Theater) and a large amount of concert music including a Horn Concerto for Stephen Stirling and the BBC Philharmonic Orchestra and Sonatinas (a concerto for alto saxophone and chamber orchestra) for Christian Forshaw and Ensemble 10:10.

He has been musical director and/or arranger-orchestrator on many films including The Wicker Man (1973) and The Hitchhiker's Guide To The Galaxy. His Van Assendelft's Vermeer for clavichord won the British Clavichord Society Composition Competition (2004) and was shortlisted for a British Composer Award (2005), whilst his Azaleas for harp, violin and 'cello received a Victor Salvi Award in Venice (2004) and won the British Composer Award (2006) in the chamber category. He has also won prizes in Monaco and Vienna and received bursaries and awards from the Arts Council and the Holst and Gulbenkian Foundations.

Die Flimmerkiste, a CD retrospective of his music is released on NMC (NMC D-111). His Songs Of Sadness And Piety for voices, saxophone, organ & percussion appears on Christian Forshaw's CD Renouncement (Integra ING 1001) and his Marking Time for basset clarinet & piano has been recorded by Mark Simpson for release on NMC.

Gary is composition professor and lecturer at the Royal Academy of Music and is Visiting Professor of Composition at the Royal Northern College of Music in Manchester. He provided the RLPO's orchestrations for the Ringo Starr, Dave Stewart, Echo & The Bunnymen, Shack and The Christians sets at the European Capital Of Culture Opening Arena Concert (2008) and orchestrated many of Orchestral Manoeuvres In The Dark's most famous songs for its 'Electricity' concert and DVD (2009).

One the 32 new commissions for the Proms, 2015, Gary's 'Dadaville' can be watched at the first night performance:-